NO ORDINARY MOMENTS ABOARD

Originally an ocean going salvage tug, 88m (287′) M/Y Arctic P was custom built in 1969 by German shipyard Schichau Unterweser AG.
Different refit projects, involving the beach club being completely redesigned, the Jacuzzi, swimming pool and dining area successfully installed and the galley, engine room and pilothouse all renovated, added to the lavish and luxurious interior disguised by her sturdy exterior.
The steel superstructure and hull – with plating as thick as 50mm in certain spots – make her strong enough to dribble through ice floes in the southern ocean where few other vessels are capable of.
With a colossal fuel capacity of 1.4 million litres, Arctic P boasts an incredible reported range of nearly 20,000 nautical miles, a cruising speed of 20 knots and a max speed of 22 knots.
No wonder why she has successfully undertaken some of the most far-out expeditions of any modern yacht including setting the world record for furthest voyage south, by reaching a distance of just 677 miles from the south pole.
To keep getting the best out of Arctic P and ensure to have never to compromise on the pleasure of her cruising, Palumbo Superyachts Refit Malta was entrusted with her maintenance, counting on the shipyard’s skills and expertise needed for such a one-of-a-kind vessel.
By combining the yard’s resources with its extensive experience, the best outcome was reached on all the agreed service and repair works on decks, engines, technical room and interior, with the major intervention being a complete replacement of the A/C system.
The end result is that the operational reliability is now reinstated for more adventurous vacations to be planned on board this legendary expedition yacht.

Stay up to date on Palumbo SY Activities and News 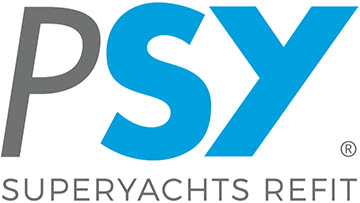